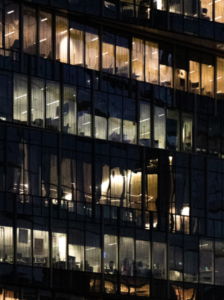 Prior to July, 2021, Virginia had no overtime law on its books. That meant that employers in Virginia compensated their employees using the standards set in the Fair Labor Standards Act (FLSA). Since the enactment of the Virginia Overtime Wage Act, this is still largely the case. The VAOWA references several provisions of the FLSA, but in some key areas it differs in a way that is stricter than the FLSA. Employers should always follow the statute that compensates employees more for their hours, whether it’s a federal or state statute (like how the state minimum wage of Virginia, $11.00 as of the writing of this article, takes precedence over the federal minimum wage of $7.25). In order to fully understand the Virginia Overtime Wage Act, it’s important to highlight the areas where the acts are the same, and the areas where they are different.

The most obvious similarity between the VAOWA and the FLSA is that the VAOWA and the FLSA set compensation for hours worked beyond 40 hours a week to 1½ times the employee’s hourly wage. The VAOWA also has some similar exemptions as the FLSA, citing specific FLSA statutes by reference. The first exemption cited by the VAOWA is 29 U.S.C. § 213(a)(1), the executive, administrative, and professional exemption. Generally speaking, any employee who is employed in an administrative or executive capacity, or at least a majority of their work is administrative or executive, is exempt from both the FLSA and the Virginia Overtime Wage Act. Additionally, any employee who is a professional, which generally means someone employed in a field which requires advanced knowledge and an advanced degree to perform their job. Another exemption to the Virginia Overtime Wage Act that is shared by the FLSA is 29 U.S.C. §§ 213(b)(1). That exemption applies to all commercial motor vehicle transportation. Essentially, if a truck driver is transporting material to be sold or otherwise employed to transport material, that person is exempt from both the Virginia Overtime Wage Act and the FLSA. The final relevant exemption is 213(b)(11) which exempts local delivery drivers from overtime. There is also an exemption for police and fire fighters, but both the state and federal government have different laws regulating overtime for those agencies.

The first major difference is in how they calculate an hourly rate. In the Virginia Overtime Wage Act, the hourly rate for a salaried employee is 1/40th of their weekly rate. So, an employee who earns $800.00 a week would have an hourly rate of $20.00 an hour. That hourly rate is then multiplied by 1½ for an overtime rate of $30.00. So, if that employee worked 45 hours that week, the employee would need to be compensated $950.00 under the VAOWA. The FLSA uses the same calculation, but it also allows alternative means of compensation. Say you pay your employee $800.00 a week regardless of the hours they worked, with the understanding that that is their compensation. If they work more than 40 hours a week, then the FLSA allows for you to compensate them at a rate determined by dividing their weekly compensation by the number of hours they actually worked to find the hourly rate, and then multiplying that by ½ because under the variable pay scale you both agreed on they have already been compensated a wage for those hours. If this employee was also paid $800.00 for a weekly wage, and they worked 45 hours, you would divide $800.00 by 45 hours to find the hourly wage of $17.78. To find the overtime rate, we multiply that by ½, which gives us the overtime rate of $8.89, which results in $844.45 compensation for the work done. However, under the VAOWA, this is not allowable. The only permissible methods for paying overtime is for hourly employees to compensate them for overtime at a rate of 1½ their hourly rate and for salaried employees at a rate of 1/40th of their weekly rate multiplied by 1½. Thus, even if you were in an agreement with your employee that they are compensated regardless of the hours they worked with the expectation that some weeks they work less than 40 and some weeks more, you would still be required to pay any overtime at the same rate as a regular salaried employee.

Another major difference is the number of exemptions. In the FLSA, there are multiple exemptions that include local radio or tv announcers, mechanics, and agricultural employees. Instead, the Virginia Overtime Wages Act only allows for administrative, executive, professional, commercial motor vehicle transportation, and delivery driver exemptions. One of the largest differences is in how damages are handled. Under both the FLSA and the Virginia Overtime Wages Act, employees who sue their employer can receive their unpaid overtime as damages, and an additional liquidated damage that is equal to the unpaid overtime is added for a total that is double their unpaid wage. Under the FLSA this applies to the previous two years of unpaid wages, though if they can prove that the employer intentionally withheld payment, that can be expanded to three years. Additionally, if an employer can show that the wages were withheld for a good faith reason, then the additional liquidated damages are waived, so that the employer only needs to pay the unpaid wages. Under the Virginia Overtime Wage Act, however, employees can sue for the previous three years’ worth of unpaid wages regardless of employer intent, and there is no way for an employer acting in good faith to avoid liquidated damages. This means that if you had unintentionally labeled an employee as exempt, say by thinking that a manager who spends the majority of their time doing retail work instead of managing or doing administrative work, then if that employee sues for unpaid overtime that will include the previous three years, and if they win that will be doubled. If they worked 60 hours every week for three years and were paid $11.00 an hour, Virginia’s minimum wage, the total amount you would owe them in the event you lost in litigation would be $102,960.00. And if you made the same mistake with multiple employees, that will quickly add up even in less exaggerated wage cases. That’s why it’s incredibly important to make sure that all of your employees are properly labeled as exempt or non-exempt, and to correct any problems with compensation before employees start litigating.

Virginia’s new overtime law, the Virginia Overtime Wage Act, is much stricter than the previous overtime law that was controlling, the Fair Labor and Standards Act. That means it’s time to look into your employee compensation records to make sure that you’ve properly labeled employee’s as exempt and to make sure that the rate you’re using to compensate employees is the correct one. For more information, please contact us at Mughal Law Firm, PLLC.