Requirements for a Valid Contract 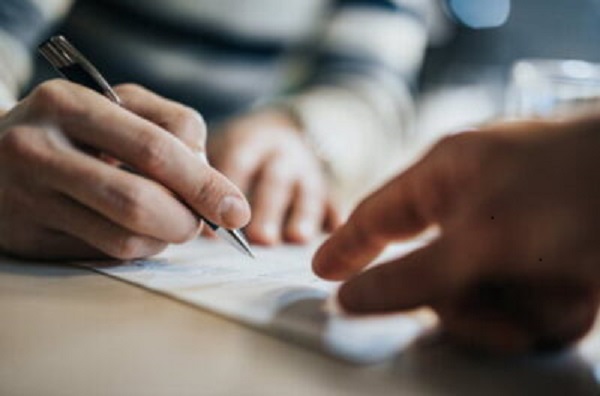 We enter into some agreement almost every day. From real estate transactions, employment contracts to car purchases, agreements are an inevitable part of today’s life. But any contract must meet specific requirements to be enforceable in a court of law.

Join the Mughal Law Firm attorneys in this post for insight into the requirements of a binding contract. But first, let’s define a contract.

Definition of a Contract

How do you define a contract? A contract is essentially an agreement between at least two parties creating mutual, legally enforceable obligations. Agreements can be written or oral. Both types are enforceable by law in the right circumstances, although the law requires some arrangements such as real estate purchase contracts to be in writing.

You don’t need a contract for every agreement out there. For example, signing a contract when lending your neighbor a hammer can be unreasonable. However, for transactions like property sales, things can turn messy without a valid contract. An agreement allows parties to resolve disputes quickly, whether on their own or through the intervention of an attorney.

Attorneys at Mughal Law Firm highly recommend a written contract for any important agreement (where the terms of the contract are more detailed).

A written contract outlines what the involved parties are bargaining for and their promises, preventing to a substantial extent the loopholes inherent in oral agreements. Creating a written agreement often involves the intervention of legal counsel. And if the party you intend to enter a contract with is unwilling to involve an attorney, it certainly raises doubts about the party’s real intentions.

With the above basics in mind, let’s dive into the critical requirements for any legally valid contract.

Elements of a Valid Contract

The following are the key requirements of a binding contract:

A contract begins with one party making an offer to another. An offer manifests an individual’s willingness to enter into an agreement to which they will be bound if the other party accepts the offer.

It is essential to distinguish between an offer and an “invitation to treat.” An invitation to treat only invites you to make an offer, which is not contractually binding. Examples include brochures, catalogs, and advertisements where the advertisers list the products’ prices. If they were offers, the advertiser would be required to provide products to anyone who accepts the offer regardless of the stock levels.

Once you provide an offer, the other party can accept, reject, or counteroffer. The contract is formed when the party welcomes the proposal. In legal terms, acceptance means the person has agreed to the terms unconditionally.

There is not yet a contract if the other party rejects the offer. Additionally, remaining silent does not mean the other party has accepted the offer unless it’s clear that acceptance was intended.

Counteroffers are any negotiations between the parties – the contract is not yet formed, and both parties can walk away from the prospective deal.

For a binding contract, the object (the subject matter of the contract) cannot be illegal. Any agreement to perform an unlawful act contravenes the public policy and, typically, the court will not enforce it. For example, an employment contract that requires an individual to commit theft.

Legal Capacity of the Parties

Capacity is another critical element of a contract. The Virginia law uses age as a threshold for legal capacity, setting 18 years as the age of adulthood. Mental competence comes into play here.

For a contract to be binding, all parties must understand all the specifics of the agreement. That’s why you should involve an experienced attorney familiar with your local law when reviewing a contract.

There are specific situations that may suggest a lack of capacity. Children under 18, individuals with mental illness or incapacity, and people under the influence of alcohol or drugs are generally considered to lack the capacity to enter into a binding contract.

Consideration is a necessity for a binding contract. It’s the value or price exchanged for an offer.

Consideration doesn’t have to offer monetary value- it can be anything that has legal worth, including right, interest, and benefit.

Consideration doesn’t have to represent a good deal- it only needs to sufficient. For example, consideration lacks in a situation where someone offers to sell a house for nothing. A valid consideration exists when they offer to sell for $2.

Anything illegal, things that occurred before the contract, something with sentimental value only, and existing public duty are examples of insufficient consideration.

The fifth and last in our list of vital elements of a contract is intention. For a contract to be legally binding, all parties must have the intent to begin a formal agreement and uphold the terms.

When a dispute arises regarding a contract, the court will need to decide whether the agreement is valid, void, or voidable. We have already talked about the requirements of a valid contract. In this section, we will focus on void and voidable contracts.

A void contract is an invalid right from the start, which means the agreement has no effect and neither party is bound by it. Situations where a contract becomes void include:

A voidable contract is initially valid but becomes void later at the choice of one of the parties. Situations under which a court can consider a contract voidable include:

Do You Need a Contract Lawyer?

It’s always a good idea to have a knowledgeable and experienced attorney by your side when drafting a contract. An attorney can help you understand the terms and ensure they are legally enforceable.

A contract attorney in Virginia will also help you negotiate contractual terms better. What’s more, the professional will guide you through a breach of contract dispute, weigh your options, and advise you on the best way to approach the case.

If you need help drafting or reviewing a contract in Virginia and surroundings, turn to Mughal Law Firm. We are a well-reputed Virginia law firm for civil and business representation.

We remain committed to our client’s success, giving you the experience, time, and zealous advocacy you expect from competent attorneys in Virginia. Contact us today for all your contract drafting and reviewing needs.