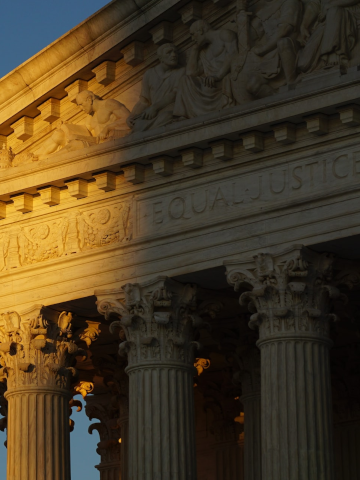 In 2021, the Supreme Court issued an opinion which focused a significant amount of discourse dissecting and analyzing the shortest word in the English language, the indefinite article, “a.” This opinion from the Supreme Court ultimately ruled on an issue of whether the government can serve an immigrant a notice to appear in immigration court through a series of documents which constitutes a notice to appear, or if the government must serve a single document called a “Notice to Appear” such that this sole document contains all of the requirements of a proper notice to appear. 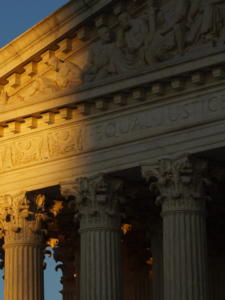 A Notice to Appear is one of the most fundamentally important documents in any case in immigration court. The Notice to Appear is the document which informs a noncitizen of the allegations that the department of homeland security is making against the noncitizen in immigration court and also contains the date, time, and location of the immigration court hearing. The Notice to Appear also tells the served noncitizen that they have the option to be represented by counsel. One particular area where a notice to appear is very useful is in cancelation of removal cases. To seek cancelation of removal as a lawful permanent resident, one must have ten years of continuous physical presence in the United States prior to being served with a notice to appear.

The Supreme Court ruled that a Mr. Niz-Chavez was never actually served a proper Notice to Appear and therefore his accrual of physical presence in the United States never actually ended because there was no properly filed NTA to “stop the clock.” Justice Neil Gorsuch wrote the majority opinion in which he argued that the government had a responsibility to correctly and properly deliver the information in a single document because if the government was afforded the ability to send multiple documents to fulfill the obligation of serving an NTA, then the government would be able to abuse the process and send a confusing series of letters which would cause undue difficulty for people who have little familiarity with the English language or the customs of American government bureaucracy. In this opinion Justice Gorsuch also spends a significant amount of time analyzing the grammatical structure of the statute which creates the necessity of serving the NTA. Gorsuch examines multiple instances of the words “a,” “an” and “the” which indicate that a plain language reading of the law would indicate that the congress had always intended for the NTA to be a single document, not a series of documents that combined together could be construed as an NTA.

If you are currently in Immigration Court proceedings, or have been served an NTA, it is critical that you examine the NTA carefully because it contains critical information. You may want to discuss it with an experienced immigration attorney in your area. For more information, please contact us at Mughal Law Firm.