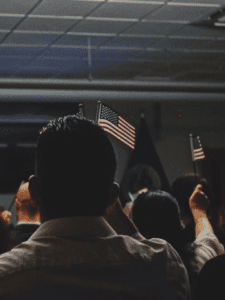 On June 30, 2021, the Board of Immigration appeals issued a decision which provided insight on the issue of in absentia removal orders, and motions to reopen proceedings after an in-absentia removal has been ordered. The decision re-affirms the power of an Immigration Judge to exercise discretion in reopening proceedings for immigrants who are removed in-absentia. The decision provides guidance for what factors an immigration judge should consider, and what types of evidence they should accept when making a decision on reponing proceedings.

Board of Immigration Appeals Decision

The decision relates to a case where a respondent was ordered removed in absentia because she was late to her individual hearing on the merits of her asylum claim. She had previously attended all other hearings in a timely manner, and was late to her final hearing due to inclement weather causing severe and abnormal traffic delays, despite hiring a professional driver to ensure that she would arrive to the court on time. Because she was late to her final hearing, the Immigration Judge issued an order of removal in absentia. The respondent then produced numerous affidavits, media reports, and weather data.

In this matter, the Board of Immigration Appeals discussed several factors which immigration judges should consider for motions to reopen, and also encouraged judges to consider the “totality of factors.” Some key factors include how late an immigrant is to a hearing, whether the immigrant has been attending other hearings in a timely manner, eligibility of relief from removal, promptness of filing a motion to reopen, and how exceptional the circumstances causing tardiness are.

The Board of Immigration Appeals also commented on how this particular case is distinguished from cases in the past where traffic delays were not considered as exceptional circumstances which warranted the reopening of proceedings. The Board noted that in the past, a general excuse of traffic without further elaboration did not constitute the sort of exceptional circumstances which merited the reopening of removal proceedings, but in Matter of S-L-H & L-B-L, the respondent had made numerous attempts to plan for traffic, including hiring a professional driver, and had extensive documentation regarding how severe the traffic conditions were on the day of her individual merits hearing. The Board reinforces the idea that immigration judges need to take a holistic view when an immigrant is late, and consider if the circumstances causing tardiness were something that could have been planned for, or were truly exceptional.

If you are currently in proceedings before Immigration Court, you should attend all hearings on time to avoid an in-absentia removal order. You may also want to speak with an experienced, local immigration attorney who can represent you in court. For more information, please contact us at Mughal Law Firm.