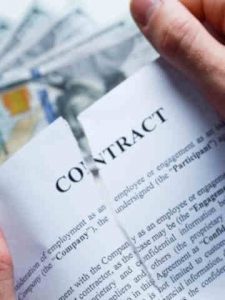 Every interaction in our economy is a contract from complex mergers to picking up your morning coffee. Contracts are essential for everyone whether you are a business or an individual.

A well-drafted contract therefore can make the most out of your situation. However, drafting expert contracts requires skill, experience, and problem-solving. That is why most people turn to a contracts lawyer for all of their important contract needs. Including but not limited to the following types of contracts:

Why Hire a contracts lawyer?

A Contracts Lawyer Alexandria, VA is an expert in contract drafting and has seen it all. They can draft a custom-tailored agreement which not only outlines obligations and consideration but also accounts for any possible outcome of the contract such as if either of the parties is not happy or damaged.

A contracts lawyer can also review a contract before signing or after to advise you on changes or your rights under the contract. Using a contracts lawyer is a great way to protect yourself in the future and effectively eliminates frequent conflicts that may typically arise with that type of contract.

How Much Does a Contract Lawyer Charge?

A contracts lawyer usually charges hourly rates, however, if your contract is one that the contracts lawyer is familiar with, they may be willing to give you a fixed rate based on the fact that they know exactly how much time that contract will take them.

Some Steps/Tips in Drafting a Contract

Every contract is different and depending upon the situation, the process of drafting a contract may be completely different due to either complexities or in some cases, simplicity. However, most contracts do follow a typical pattern and format.

Consideration is the exchange of something such as labor or intellectual property for compensation like goods, services, money, etc.

A contract’s terms exist so that both parties mutually benefit and receive their desired outcome. The writing of the terms of the contract should be plainly and thoroughly explained so that the other party understands fully the terms. While you can explain the terms orally and answer any questions or concerns they may have, having a written contract is the best bet to ensure understanding.

Determine if a Confidentiality Clause is Prudent

Your contract may involve very sensitive or crucial information that could be an issue if it got leaked. Having a confidentiality clause ensures that the signee won’t easily give up any information. If they do, it’s considered a breach of the contract and they can be liable to legal consequences.

Have a Dispute Resolution Clause

Having a dispute resolution clause will allow both parties a way to deal with any possible contract breaches. Whether it be mediation first, then litigation, or arbitration. Other examples could be that the person who breached the contract is obligated to pay necessary legal fees.

Have a Termination Clause

Of course, if you have an expert contracts lawyer helping you with the contract, this shouldn’t be an issue, but definitely, you’ll want to make sure that the contract has all the necessary requirements.

Offer the Contract to the Necessary Party or Parties

Now that everything is completed with the contract and it has been checked a few times for quality assurance, you can offer the contract to the necessary party or parties. They will be able to review the contract and accept it how it is or negotiate any changes they would like.

The party may have questions or concerns about the contract, want to make some small minor tweaks, or may even have an extensive counteroffer. You’ll want to hear what they say and determine if their demands/changes are reasonable. In some situations, you may be willing to accept their changes at face value. In other situations, you may decide to present a counteroffer instead. Sometimes the negotiation process can take a while and may even require some sort of mediating third-party.

Drafting a complex and legally enforceable contract is not an easy task. That is why you should always consider hiring a contracts lawyer for all of your important contracting needs.

That’s why you should have a competent contracts lawyer draft, review, and, if necessary, negotiate your agreement. Turn to Mughal Law Firm for a legally binding contract, whether simple or complex, that is custom-tailored to the situation, your needs, and interests.