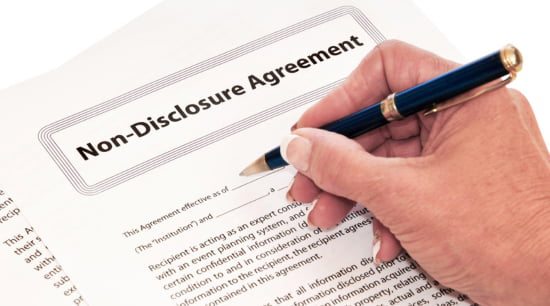 What is a Non Disclosure Agreement?

You can relate to several instances where you promised to keep a secret, and you did so out of respect for the requester. Undoubtedly, revealing the secret sets the stage for inevitable consequences, including distrust and compromised relationships.

The contract affirms that confidential information was provided to a particular individual(s) with the expectation that they won’t disseminate the information to anyone not entitled to it.

A non-disclosure agreement can be mutual or unilateral. In a mutual NDA, both parties share information they expect to be kept confidential, unlike in a unilateral NDA where one party discloses confidential information to another.

To avoid potential loopholes and make the confidentiality contract legally enforceable, involve an experienced and proven NDA attorney, who can handle the entire process right from drafting to negotiation.

In the business world, confidential information includes but not limited to:

Essential Elements of a Non-Disclosure Agreement

This section describes the disclosing party and the recipient. Third parties, such as an affiliated company, involved in the agreement should be included in this section.

This section broadly defines confidential information to seal all loopholes likely to be taken advantage of by the recipient. Partner with a competent NDA lawyer during the drafting stage to prevent common misgivings present in DIY agreements.

Here, the obligations of the parties are clearly defined. This section bars the recipient from sharing the confidential information, and sometimes, from using the information.

The NDA should define the length of agreement duration, which can be months, years, or even lifetime. It’s the period during which the recipient should not share the defined information with unentitled parties.

Exclusions from the Confidentiality

What Follows a Violation of the Nondisclosure Agreement?

The outcomes of violating the confidentiality agreement vary widely. Sometimes nothing happens, whereas some situations have been reported to cost millions of dollars in damages.

When a company sues you for breaching this kind of contract, the court will first seek to know the profits the plaintiff lost or the profits a competitor gained due to the breach.

If found guilty of the offense, the court may require you to pay the litigation fees of the plaintiff’s lawyer.

Punitive damages are awarded to punish the defendant if found guilty of a willful and malicious violation.

Jail sentence is uncommon for such violations, except where court order and fraud are involved.

You may be faced with common penalties for breaching an NDA, including financial penalties, job termination, and loss of future job prospects.

An NDA lawyer will shed light on your case, guide you through each stage, and negotiate for a softer landing.

Need Help with your NDA?

You cannot underestimate the importance of having an NDA attorney by your side when drafting, reviewing, or negotiating a nondisclosure agreement.

Take advantage of our expertise to eliminate NDA loopholes that may set you up in the future. Facing an NDA violation charge or looking to sue someone for breaching their contract obligations? Look no further than us for reliable and quick assistance.