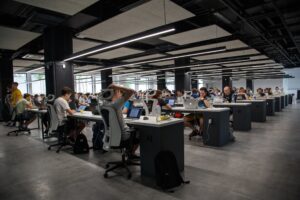 There are several federal laws that regulate employment, from laws that set the standard for wages and hours to laws regulating workplace safety standards. They form a complex but important framework that insures all employees are treated to the same basic standards across all states and all industries. The penalties for failing to follow employment law compliance standards can be harsh. You may encounter costly unpaid overtime litigation, investigation by the National Labor Relations Board over your interactions with your employees’ union organizing, or even potentially criminal investigation over OSHA violations. The biggest issue is cost; the cost of not following these regulations could potentially be higher than the cost of being compliant. It’s important for business owners to be aware of the following federal laws governing employment and the potential consequences for failing to follow proper employment law compliance.

Overtime is often misunderstood. What determines if an employee is entitled to overtime pay for working over 40 hours per week is job function, industry, and/or professional qualifications, not whether the employee is hourly or salaried. For example, if you have a salaried sales staff, it’s possible that they qualify to receive overtime, while an administrative staff would likely not. There are also exemptions for certain industries, like farming. And if your employees need a doctorate or similar advanced degree to perform their job function, then they may also not qualify. But if you have a waiter who is being paid on a salary basis, and that waiter works more than 40 hours a week, they still need to be paid time and a half. For salaried staff, that’s calculated by dividing their weekly pay, say $840, by the hours they worked, say 42. This gives us their actual hourly rate, which in this case would be $20 an hour. Since the employee has already been paid their hourly rate for those two extra hours, you divide the hourly rate to find the overtime rate, which in this case would be $10. The overtime pay is the hours worked overtime multiplied by the overtime rate, which for this week gives us $20 overtime pay.

The difficulty in overtime pay is not so much in the calculations; once you learn the process of calculating overtime pay, even for salaried employees, it’s easy to do. The difficulty is in properly identifying them. The consequences for either failing to pay overtime can be quite costly; an employee can sue you for their unpaid wages, and the FLSA allows employees to earn double their unpaid overtime for the past two years, three if the employee and their attorneys are able to show that the unpaid overtime was willful. And if one employee has been paid incorrectly, it is not inconceivable that there are more, who could potentially join in the lawsuit and also be paid double backpay. Already you can see why it is so essential to properly identify every employee as overtime eligible or exempt, non-employment law compliance can potentially cost tens of thousands or hundreds of thousands of dollars, and some companies have even had to pay out millions in law suits. Add to that that the Department of Labor has their own Wages and Hours Division that performs their own investigations into overtime, minimum wage, and other federal labor law violations and you can see that while in the short term non-compliance might seem cheaper, in the long run employment law compliance will save you in attorney’s fees, doubled back pay, and federal fines.

The Occupational Safety and Health Act is what created the Occupation Safety and Health Administration, also known as OSHA. The role of OSHA is to regulate the safety and health of workers and workplaces in the US. For example, at a construction site where there is a possibility of things falling on the head (for instance, a work site that has multiple levels), a hard hat is required. There are also regulations on the handling of dangerous materials, food preparation, and keeping floors clean and dry. These regulations are designed to prevent worker illness, injury, and potentially even deaths, and while it might seem onerous to have to follow every single statute, it ultimately is worth it.

Like the National Labor Relations Board, OSHA has the ability to investigate your worksites to make sure that regulations are being properly followed. An inspection can be triggered by an employee complaint, but it could also be a regular part of OSHA monitoring high risk industries or the result of a serious workplace injury. For example, if an employee were to lose an eye, a limb, or their life, OSHA is required to perform an onsite inspection. During the inspection an authorized representative of an employee is allowed to accompany the inspection. The inspector will take notes on any potential violations of OSHA regulation and within 6 months of the inspection can issue citations.

It’s incredibly important to remain compliant with OSHA standards. For especially egregious violations, ones that result in the loss of life or limb of employees, OSHA can recommend criminal prosecution. This isn’t to mention the potential fines that can be levied against your business per OSHA violation, nor the potential for injured workers to start personal injury litigation against you or your business. While OSHA regulations do not offer an individual action for lawsuit, you can still be sued for negligence, and an OSHA inspection after such an incident could be the evidence they need to receive a stiff judgement in their favor.

The Civil Rights Act of 1964 and the Americans with Disabilities Act of 1990 are federal legislation that provides protection to employees from discrimination on the basis of race, sex, religion, national origin, or disability. Sex is currently interpreted by the Equal Employment Opportunity Commission to include pregnancy, breast feeding, gender identity, and sexual orientation. Initially, compliance seems simple. Don’t refuse to hire people on these bases, don’t fire people for being part of these groups, and don’t otherwise discriminate against them. As long as you give everyone a fair chance to earn a fair wage, you’re golden, right? Well, not entirely.

The Civil Rights Act of 1964 also defines an unfair employment practice as “limit[ing], segregate[ing], or classify[ing] his employees or applicants for employment in any way which would deprive or tend to deprive any individual of employment opportunities or otherwise adversely affect his status as an employee, because of such individuals’ race, color, religion, sex, or national origin.” This means that, regardless of your intentions, if you have a policy that tends to limit the growth of your black employees, for instance, you could be subject to EEOC investigation. For example, say you own a carpentry company, and the majority of your employees were apprenticed into the trade. You decide that you want to institute a way to find management quality employees from within your organization, so you create a test with the help of an outside company that would test your employees on their knowledge of the trade, general knowledge, and potential business knowledge. You implement this test, but the majority of the people who pass are people who speak English as a native language while the majority of people who do not speak English as a native language fail. If you were to solely promote individuals on the basis of these test results, the EEOC may consider that a violation of the act because you would tend to discriminate against immigrants who do not have the same English-speaking abilities as native English speakers.

The EEOC handles investigations into claims of discrimination under both acts. If an employee submits a complaint to the EEOC, they will begin by offering mediation between both parties. Mediation is a type of alternative dispute resolution where both parties voluntarily try to find a compromise to the situation. Let’s say an employee accuses you of discriminating against them. The first thing the EEOC will do is attempt to mediate the complaint. They will try to arrange a meeting between you, your legal counsel, your employee, their legal counsel if they have any, and a licensed mediator working for the EEOC. This process is entirely voluntary, and any agreement between you and your employee is also voluntary. Both you and your employee will air your grievances, and the mediator will try to offer suggestions to resolve your conflict. If mediation does not work or if your employee does not wish to mediate, the EEOC will request you respond in writing to the employee’s complaint and begin a formal investigation. Similar to OSHA investigations, the EEOC will investigate by inspecting your workplace, interviewing employees, and requesting interviews with you. After gathering their information through an investigation, they will decide if they believe the law has been violated. If they believe it has, the EEOC will try to reach a settlement with you. If they are not able to, the EEOC may decide to sue you on the behalf of your employee. If they do not decide to sue, they will issue the employee a Notice of the Right to Sue. Once an employee is given this notice, they can litigate the issue on their own behalf, privately, in court. Enforcement of the ADA generally follows this same track, though they will also try to determine if a reasonable accommodation is in fact reasonable.

Why Hire an Attorney?

As the above illustrates, there are several key federal statutes which govern the rights of workers, and they vary in the types of protections they offer. From guaranteeing minimum and overtime wages to ensuring that employer policies do not unintentionally keep certain classes of employees from advancing, there are a large breadth of statutes for employment law compliance. This would be difficult on its own, but the fact is there is ambiguity written into the laws to insure the maximum amount of protection from each statute. This means that in order to be completely sure that an employer who is dealing with a union practices good employment law compliance, that employer would need to have a working knowledge of the caselaw involved in the National Labor Relations Act, which is too much for someone who is already running a business. And this does not take into account the parallel state and local laws that exist within the state of Virginia. The simplest and best solution to make sure there are no headaches, or losses, is to hire an attorney who can make sure your company has good employment law compliance. If you are interested in hiring us to make sure your business is compliant with federal and state employment laws, please be sure to contact us.